Home News The state of digital 2018 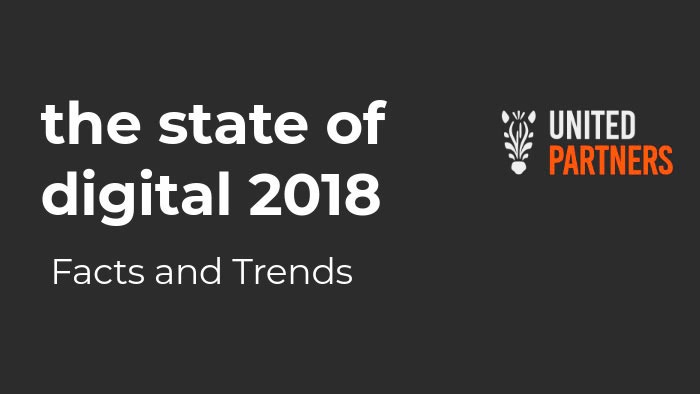 We are sharing with you some interesting facts and trends from the digital industry for 2018. We hope this is a valuable information that can help you when planning campaigns for your clients.

Interesting but a fact is that advertisers will be spending more ad budgets into TV rather than in Facebook and Google. However, display advertising will be still on a leading position this year.

Marketing professionals around the world will be investing more in Instagram as a channel when planning social media campaigns. Instagram’s recent growth is expected to continue into 2018, with 60% of respondents stating they are likely to increase adspend on the Facebook-owned platform. Amazon’s recent attempts to sell itself as an ad platform look likely to bear fruit. Although 57% of respondents do not intend to use the site for advertising, the vast majority of those using it plan to increase investment. In contrast, confidence in Twitter as a paid-for marketing platform appears to be waning. Twitter is the only platform in the survey where more people expect to decrease marketing spend than increase (23% versus 13%). Snapchat may also have more work to do to win over marketers. Nearly half of marketers do not advertise on Snapchat; and while 21% of respondents expect to increase investment in the platform in 2018, 12% expect to reduce spend. This is the second-highest percentage (behind Twitter) of respondents expecting a decrease in spend.

Artificial intelligence is the emerging technology which most brands expect to be important to their activities in 2018, with 56% citing its potential over the coming 12 months. Agencies are more excited about the possibilities offered by chatbots and messenger apps, with 52% of agency respondents expecting it to be important to their client’s businesses, compared to 46% of those working at brands. Voice interfaces, which tech giants such as Amazon and Google have invested heavily in 2017, will be prioritized by nearly one in four brands. The two tech areas where there is a big disparity between brands and agencies are virtual- and augmented reality, and enhanced payment systems.

Not least, of course transparency will be a main concern when planning a digital marketing campaign. The industry’s drive for digital transparency has been a key theme of 2017, and looks set to continue into 2018. The issue of viewability and accurate measurement is the most-cited cause for concern, ahead of issues like talent and skills. However, other digital issues such as ad blocking and ad fraud are seen as less pressing.