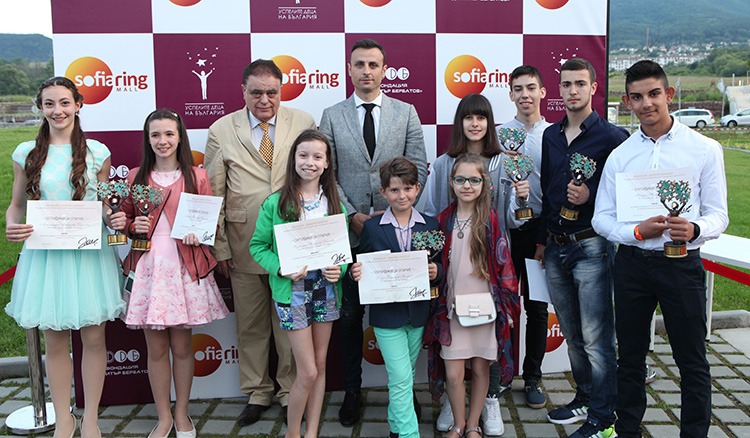 Foundation “Dimitar Berbatov” realised for the 9th time its annual project “Rewards for successful children of Bulgaria”. Areas, where the students can apply their achievements for 2016, are again Arts, Science and Sport.

Every Bulgarian child – a student from class I to XII from Bulgaria or abroad (as freshmen and students with achievements of class XII in 2016) may be nominated by their 5 achievements. The campaign traditionally provides nominations in the category Charity. Nominations are submitted to the project website http://dberbatov.org/nagradi, which are described in detail and conditions. This year it has a new design and functionality – a gift for talented Bulgarians agency e-marketing. The deadline for filing nominations is December 23, 2016, to 17 pm on February 10, 2017.

The purpose of the annual “Awards for Successful Children of Bulgaria” is primarily to promote talented children and stimulate their development. It teaches respect for success based on talent and effort, ambition, desire for self-expression and self-development as well as in relation to charity. Dimitar Berbatov and the Foundation team hope that these children one day will support the needy and talents that come after them.

Since the first campaign so far received over 25,000 nominations for children from over 200 cities and 50 villages across the country, as well as children of UK, USA, Spain, Portugal, Austria, Dubai and other parts of the world. For those 9 years, we at United Partners partnering with Foundation “Dimitar Berbatov” and we are glad to be part of such an exciting and worthwhile project.

More about the project can be read at his website: http://dberbatov.org/nagradi and track its status on Facebook page: http://on.fb.me/QFD3NB