Recently Bulgaria hit the international headlines by declaring that the Council of Europe Convention on preventing and combating violence against women and domestic violence, known as the Istanbul Convention, is in contravention of the Bulgarian Constitution, thus, eliminating any chance the treaty can be ratified.

The Data Driven Strategy team at United Partners took the opportunity to investigate this peculiar communication case and examine the role of the media as an influencer of public opinion.

The key objective of our research was to analyse the role of the media in creating and propagating a specific social representation of the Istanbul convention and the concept of “gender” while outlining key takeaways that PR professionals can use when developing advocacy communications strategies.

Our analysis of the traditional media coverage around the Istanbul Convention is based on a sample of 476 articles published in Bulgarian online media in the period 1st Jan – 4th Aug 2018 mentioning the terms “Istanbul Convention” and “gender” (in Bulgarian – “джендър”). We used social network analysis (SNA) to map the press and publicity sources that were most prominent and influential in the debate, and effectively drove the media discussion.

In this regard, we view the sample of 476 articles as one big media debate and visualize the key players – media outlets on the one hand, and the organizations and commentators most often mentioned by the media in framing the debate around the Istanbul Convention on the other hand. 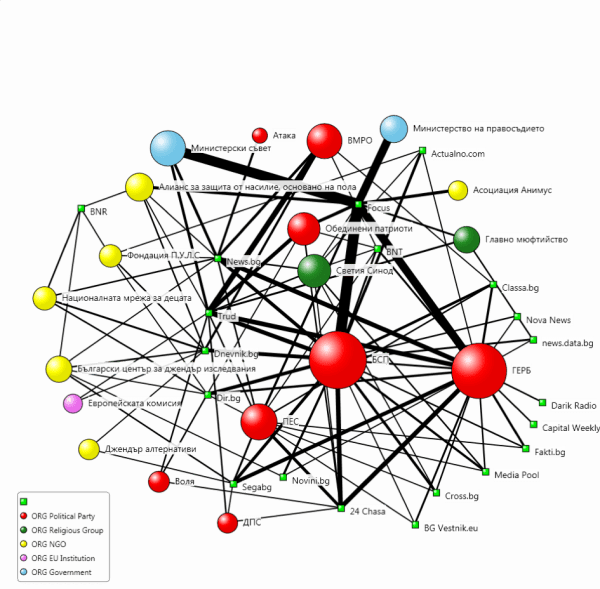 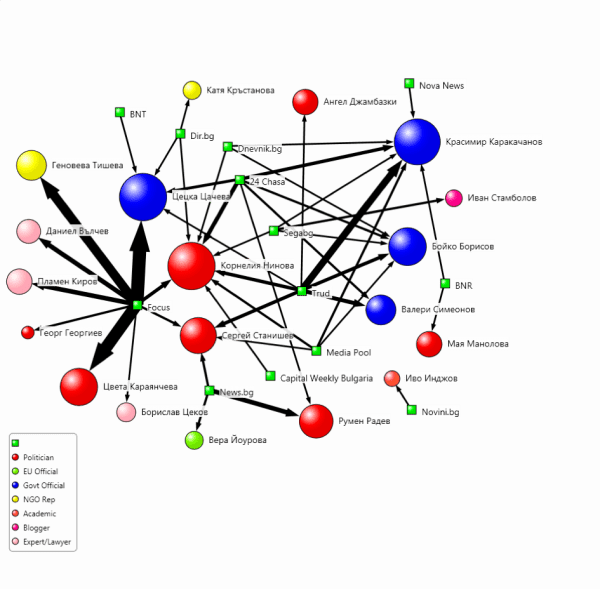 The Istanbul Convention social debate is a classic textbook example of modern control of behaviour by media manipulation. Our research revealed a clear case of propaganda by politicians and public figures where the media willingly or unwillingly helped to diffuse the message, becoming a catalyst for the orchestrated communication.

It became evident how key gatekeepers of influence managed to simplify the complex issues of gender and equality, and with the help of both traditional and social media managed to sway public opinion by changing audience’s frame of perception. The communication was highly orchestrated, using specific techniques to efficiently discourage reflective thoughts on the matter and exploiting certain cultural traits of Bulgarians. As a result, the Istanbul Convention was not ratified and the public image of Bulgaria suffered globally.

The analysis of the media debate around the Istanbul Convention in Bulgaria identified the media as the primary shaper of the dominant frames and public opinion with regards to political and policy discourse. This analysis points to some important conclusions, which can help communications professionals plan and develop effective advocacy communications strategies:

Do you want to learn more about effective advocacy and mass communication?

Download the 10 page report by United Partners’ Strategy and Insights team and get full access to the data gathered from local and foreign media as well as our social media listening analysis. In addition, you will also be presented with relevant diagrams, specific examples of tools and techniques for shaping public opinion as well as in-depth insights that will benefit your organization in developing effective advocacy communications strategies. 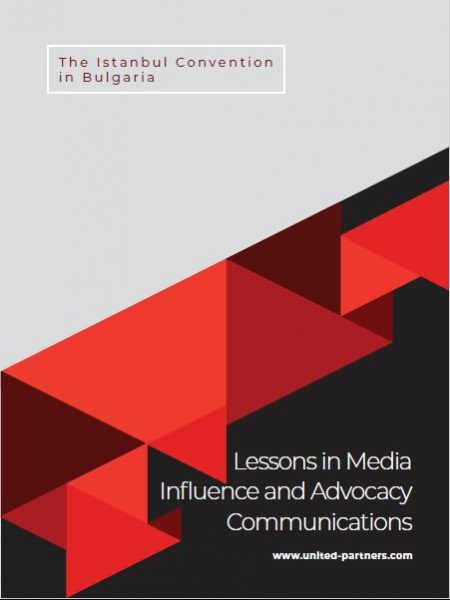